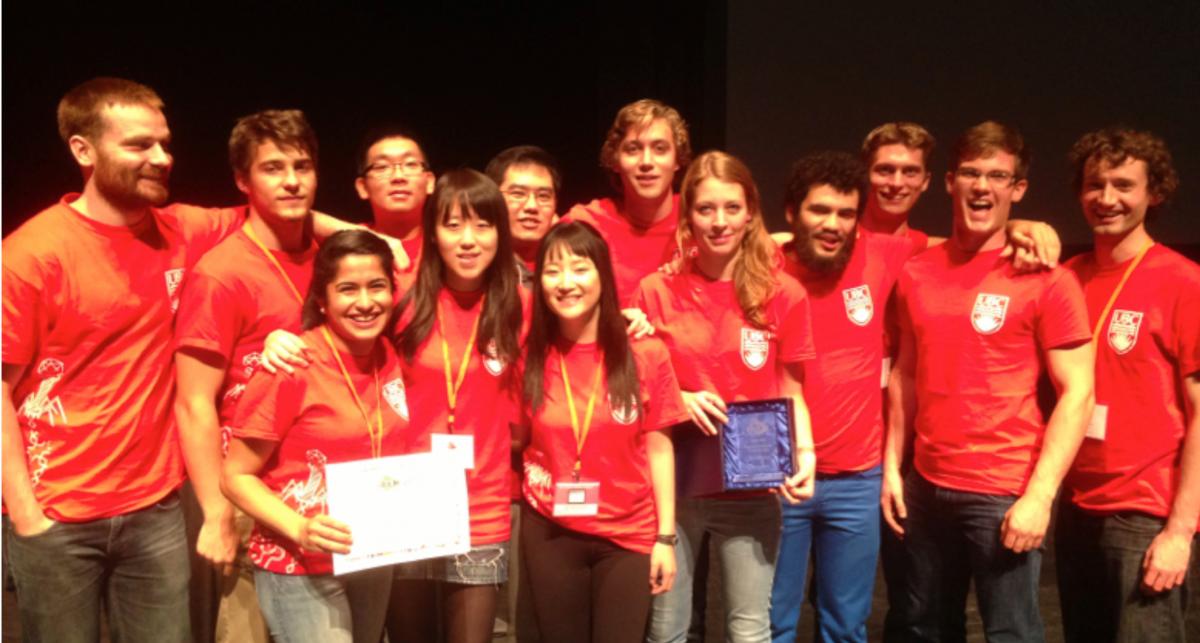 The UBC International Genetically Engineered Machine World (iGEM) team has advanced to the World Championship at MIT, in Boston, Massachusetts.

iGEM is an annual competition where teams of undergraduate students from more than 250 different universities from around the world build a biological system inside a living cell using a kit of standardized DNA sequences that can be combined and engineered for specific purposes. For more information see the iGEM wiki (https://en.wikipedia.org/wiki/International_Genetically_Engineered_Machine).

UBC iGEM’s project builds upon research on the CRISPR system, a form of acquired immunity that protects bacteria from bacteriophage infection. Bioreactor immunization would provide significant economic advantages by cutting the costs borne by any industry that utilizes microbial process engineering. For example, 10% of the yogurt produced in batch culture has to be discarded due to bacteriophage outbreaks.

The UBC team designed a CRISPR system to protect yogurt producing bacteria from common bacteriophage while tuning the production of vanilla or cinnamon flavour and developed a mathematical model to predict co-culture dynamics between infected and immunized bacterial populations. The standardized parts submitted by the team to the iGEM registry will enable future teams to utilize the CRISPR system in other engineered immunity projects.  For more information see the teams wiki (http://2013.igem.org/Team:British_Columbia).

The UBC iGEM team is currently seeking sponsors to support the trip to Boston in November.