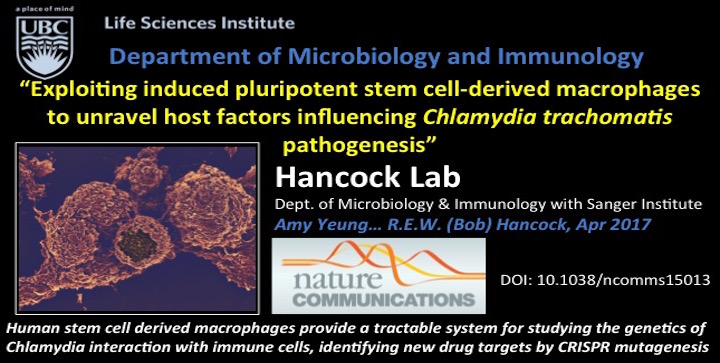 Scientists at the Wellcome Trust Sanger Institute and their collaborators at the University of British Columbia have created an innovative technique for studying how chlamydia interacts with the human immune system.

Researchers used a combination of gene editing and stem cell technologies to make the model. The team identified two genes from our immune system, IRF5 and IL-10RA as key players in fighting a chlamydia infection. The results, reported today (25 April) in Nature Communications, identify novel drug targets for the sexually transmitted disease.

Chlamydia trachomatis is one of the most common sexually transmitted infections (STIs) in the UK, with more than 200,000 cases each year in England alone. It is estimated that 131 million people globally are infected with chlamydia each year. Often called the ‘silent disease’, as it rarely produces symptoms early on, chlamydia causes genital infections which can lead to pelvic inflammatory disease and infertility if left untreated.

The increasing threat of antibiotic resistance have led the World Health Organisation to issue new guidelines in 2016 for the treatment of chlamydia*. To develop new therapeutics for the infection, its interaction with our immune system must first be understood.

In this study, scientists have created white blood cells, called macrophages, from human induced pluripotent stem cells to study chlamydia infection. Macrophages have a crucial role in killing chlamydia to limit the infection. The macrophages produced responded to the disease in a similar way to those taken from human blood, meaning they are more human-like than those produced by previous methods.

This new model will enable scientists to study how chlamydia interacts with the human immune system to avoid antibiotics and spread.

Dr Amy Yeung, first author from the Wellcome Trust Sanger Institute, said: “Chlamydia is tricky to study because it can permeate and hide in macrophages where it is difficult to reach with antibiotics. Inside the macrophage, one or two chlamydia cells can replicate into hundreds in just a day or two, before bursting out to spread the infection. This new system will allow us to understand how chlamydia can survive and replicate in human macrophages and could have major implications for the development of new drugs.”

The new model has advantages over previous methods that used macrophages either derived from mice, which differ from humans in their immune response, or immortalised human macrophage cell lines, which are genetically different to normal macrophages.

In the study, scientists used CRISPR/Cas9 to genetically edit the human induced pluripotent stem cells, and then see the effects of the genetic manipulation on the resulting macrophages’ ability to fight infection.

Dr Robert Hancock, lead author from the University of British Columbia and Associate Faculty member at the Wellcome Trust Sanger Institute, said: “We can knock out specific genes in stem cells and look at how the gene editing influences the resulting macrophages and their interaction with chlamydia. We’re effectively sieving through the genome to find key players and can now easily see genes that weren’t previously thought to be involved in fighting the infection.”

Professor Gordon Dougan, senior author from the Wellcome Trust Sanger Institute said: “This system can be extended to study other pathogens and advance our understanding of the interactions between human hosts and infections. We are starting to unravel the role our genetics play in battling infections, such as chlamydia, and these results could go towards designing more effective treatments in the future.”

World Health Organisation guidelines
*The new WHO guidelines reinforce the need to treat Chlamydia with the right antibiotic, at the right dose, and the right time to reduce its spread and improve sexual and reproductive health. Updated guidelines for the treatment of Chlamydia trachomatis can be found here: http://www.who.int/reproductivehealth/publications/rtis/chlamydia-treatment-guidelines/en/

Funding:
This work was supported by the Wellcome Trust and the Canadian Institutes for Health Research.

University of British Columbia
The University of British Columbia is a global centre for research and teaching, consistently ranked among the top 20 public universities in the world. Since 1915, UBC’s entrepreneurial spirit has embraced innovation and challenged the status quo. UBC encourages its students, staff and faculty to challenge convention, lead discovery and explore new ways of learning. At UBC, bold thinking is given a place to develop into ideas that can change the world. www.ubc.ca

The Wellcome Trust Sanger Institute
The Wellcome Trust Sanger Institute is one of the world's leading genome centres. Through its ability to conduct research at scale, it is able to engage in bold and long-term exploratory projects that are designed to influence and empower medical science globally. Institute research findings, generated through its own research programmes and through its leading role in international consortia, are being used to develop new diagnostics and treatments for human disease. www.sanger.ac.uk

Wellcome
Wellcome exists to improve health for everyone by helping great ideas to thrive. We’re a global charitable foundation, both politically and financially independent. We support scientists and researchers, take on big problems, fuel imaginations and spark debate. www.wellcome.ac.uk 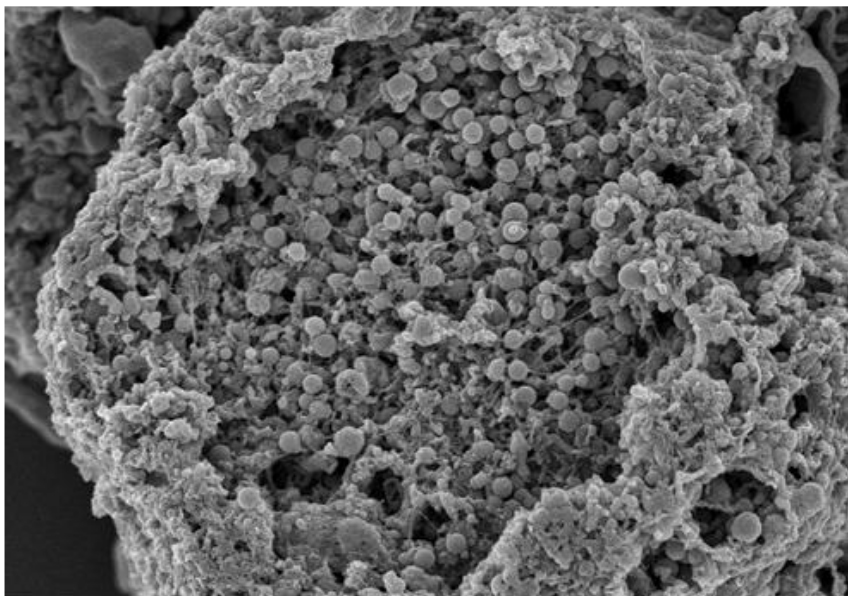 the process of bursting and releasing these progeny after 48 hours; credits Yeung et al, Nature Communications"